I know I harp on continually about how everyone either comes to Gallipoli with their own story. Either loaded up with facts and figures of their relative’s time here during the campaign. Or they come totally afresh, with no family connection at all. Just a thirst to explore this part of  our history. To walk the ground that was walked by the  ANZAC’s, the others, the Turks. In the end, a few days spent here for whatever reason results in everybody walking away with their own Gallipoli Story and their experiences add to my own Gallipoli Story.

One such case was a recent visit by Rachel Goldstone and Garry Ebbitt. Garry’s father, William was a member of the NZ Wellington Mounted Rifles. William survived Gallipoli and went on to be injured and later evacuated from Palestine. he returned home to continue his life in early 20th Century NZ.

As usual, whenever I have clients coming my way I like to research their family connection as much as possible. It turns out that William Ebbitt’s time with the Wellington Mounted Rifles included one of the battle’s most fascinating victories, the assault on ‘Big    ‘. The Wellington Rifles were ordered to move into position the night of 5th of August in preparation for an assault on Chunuk Bair, but what stood between them was a large flat top hill which was held by around 150 Turks.  The squadron became lost in the gullies and ended up further north and east of the front of the Turkish firing line, the commander and Ebbitt’s 9th Squadron then silently cut a staircase into the northeast side of the plateau and attacked the Turks from the rear. They captured 158 Turkish soldiers without firing a shot!

The rest of the battle to take Chunuk Bair wasn’t anywhere near as successful and by the 10th of August the same squadron, of 173 all ranks they had suffered 43 dead and 74 wounded.

Garry, George’s son relished in his father’s glory and the fact he had survived the slaughter of the August Offensive on Table Top and  then Hill 60. We followed his Father’s route starting in the ‘Outposts’ and following the ridges and gullies almost to the Table Top itself.

I’m constantly amazed by the fitness and stamina of the people I bring to Gallipoli. Garry and Rachel were both keen to go ‘off-the-beaten-track’ at any opportunity. We slowly traipsed our way through dense scrub to find those out of that way places on Bolton’s Ridge, Brown’s Dip, The Farm and Owen’s Gully.

We stayed in the amazing Gallipoli Houses, http://www.thegallipolihouses.com/ as guests of Eric the owner. In house was also a scruffy hobbit like looking fellow, it was indeed Peter Jackson himself, researching the area for an upcoming epic on the Gallipoli Campaign.

So, all in all a brilliant trip. Garry even stumbled across an intact 4″ artillery shell on the front of Plugge’s Plateau. Something I’ve been searching for 28 years, he stumbled across on his first day! We also took in thev old Beetle landing craft in Suvla and some long forgotten gun emplacements in a Turkish village.

Such nice folks were Rachel and Garry and as far as Garry wanting to fulfill his life’s dream of walking the same battleground that his father did and survived, he went away with his very own ANZAC Story….. 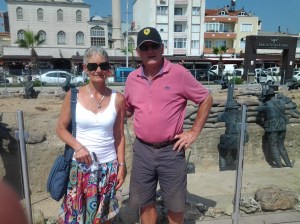 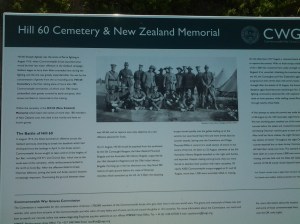 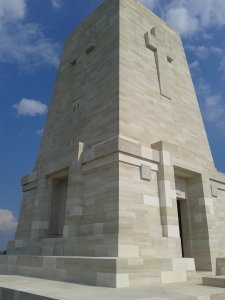